Endless tenders for a project worth 8 million lei

Residents in two villages in district Straseni risk losing a project worth eight million lei, money that was earmarked for the construction of an aqueduct. The tender for selecting the company in charge with works was already organized four times and each time it was challenged by several companies. They disagree that they were disqualified for presenting lower prices than the project’s value. In turn, members of the procurement group say that the law does not allow tenderers to radically decrease the amounts indicated by the designers. The process can be delayed because the appeals are examined in the courts since May, after a new law on public procurement was enforced.

Investigation was carried out based on a notification on the Corruption Map. 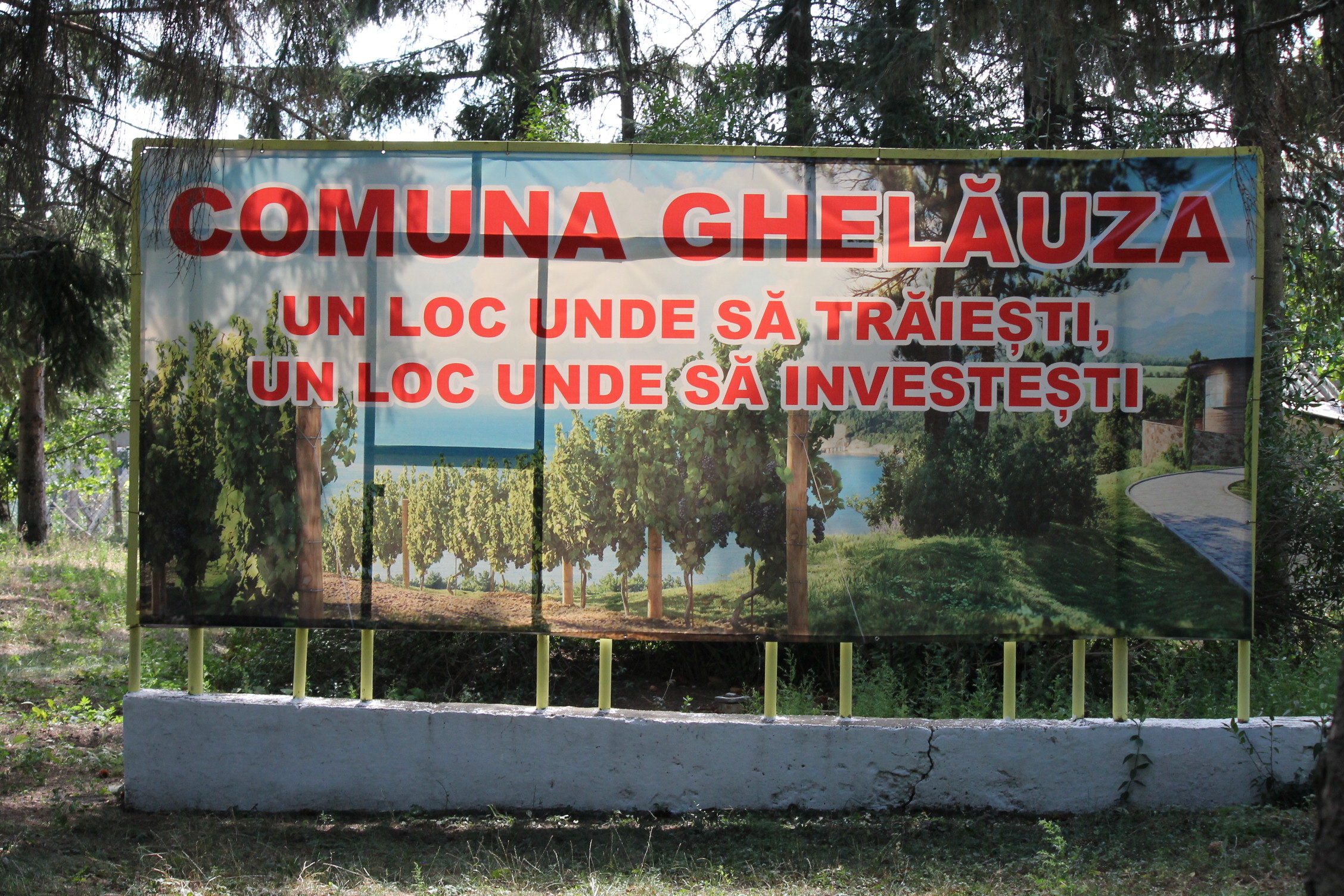 Ghelauza and Saca villages have 1300 inhabitants in all.  There are few wells in these villages that do not have enough water, says Mayor Nicoleta Malai.  That is why, the mayoralty decided to file a project for the construction of an aqueduct. A sum worth 8,2 million was earmarked by the Ecological Fund.

The project was approved in November last year and stipulated the construction of an aqueduct of water supply with a length of 11 kilometers that would connect these 2 settlements to the network in village Micauti, district Straseni.

The first installment worth 2 million lei was provided immediately after the project was adopted. Since then, the tender commission has tried unsuccessfully to select a contractor in charge with the works.

Nicoleta Malai says that if the economic unit is not selected by November, the settlement will lose the project because the agreement with the Ecological Fund was signed for one year and the works were supposed to start.

The last tender was held at the beginning of August, and 7 participants were registered in the competition. Finally, the commission selected the company „Tvarița-Transgaz” SRL and grounded its selection that it had the best offer – almost 7 million lei including VAT and was supposed to start immediately the works. Under the agreement, the aqueduct was supposed to be built within 3 months.

The results of the tender were challenged by 3 participants who said that they were unfairly disqualified.  In turn, the mayor believes that there was an understanding between them and the company “Darnic-Gaz” is behind it as the Mayoralty had some misunderstandings in the past with it. Nicoleta Malai  says that  this company with the help of company  „AM-Sisteme”, that has as founder Andrei Mereacre, son of the head from,,Darnic-Gaz", performed 2 years ago works of sewerage net renovation in the kindergarten  and a year later, when it broke, they  found that the pipes were not replaced.  Under the agreement, the works had a guarantee of 5 years.

„We started to dig and see the problem and we discovered that not a pipe was replaced”, says the mayor in Ghelauza.

„I do not know why we were considered guilty”

Director of  SRL „AM-Sisteme” points that his company performed all works under the agreement. He asked us to find details from his father Filaret Mereacre, director of S.A. „Darnic-Gaz”.  He considers that the mayoralty, because of the problem with the sewerage, would put barriers with the procurement of aqueduct.  „ With the former mayor, we repaired the sewerage system. Some walls were arranged in the kindergarten (former school) and they installed a sewerage system and we performed the works.  We completed all works under the agreement”, says Mereacre.

He underlined that when the problems with the sewerage pipe appeared, the company committed itself to repair it for free, but in spite of all these, it was not “forgiven”. „ I do not know why Mrs. Mayor considered that we were guilty when the sewerage pipe was repaired in the kindergarten.  I do not know why she considers me the enemy of the village. She accuses me of every bad thing. I have always tried to do my best for the village. The problem was with the old soviet sewerage system. I asked the mayor to look up in the agreement. We were supposed to repair just the first floor but the problem was on the second floor”, says the director of the company.

He says that when the sewerage pipe was partially replaced, the mayoralty did not have enough money for all works. The act on final acceptance upon works shows that „ there were not registered any leaks at joining pipes and the sewerage system of hot and cold water works properly”.  Former mayor, who was part of the commission of final acceptance upon works died recently and the former head of the kindergarten who signed the document of conformity of works, left for Romania.

DOC// Act on final acceptance upon works in kindergarten Pieces of rusty pipes were found in the courtyard of the kindergarten, which were removed when they found that the old sewerage network was not replaced. Liubov Baciu, who currently serves as director of the preschool institution, said that they worked with the left hand. "They performed only external works.  They have not replaced the pipes. We faced with the problem of sewage.  When we started working, we cleared clogged waste pipes that were functional 2-3 weeks, and then problems again", says the head of the kindergarten.

She says that the first signs of worry appeared when the pipes „ burst” in the bathrooms. When they made diggings to see where the breakdown is, they found that the pipes were not replaced, said the director:  „ There was a disaster there, dirt came through pipes and there were flies”.

In turn, the mayor invites us to see the building where the mayoralty will activate and where the same company performed works of walls decoration under another agreement of small value. „Here are pieces of wall, the whitewash breaks. We need money to repair it”, says Nicoleta Malai. In turn, director of S.A. „Darnic-Gaz” says that all works of the company were performed under the stipulations of the agreement with the mayoralty.

„Very low prices: it is impossible to buy sand at the price of 20 lei per ton”

In February 2016, company „Darnic-Gaz” has already participated in the tender announced by the mayoralty on aqueduct construction, but it was unhappy after it was ignored, though, in its opinion, it had the most advantageous offer from economic viewpoint. In turn, mayor in Ghelauza says that the value of the offer of this economic unit is by 15% less than the estimative value of woks. Also, the company proposed a guarantee of performance bond of just 1% from the sum of works, while the mayoralty requested 5%.

" P. 6.3.5 of tender documents stipulates that the performance bond is 5% of the amount of the contract of works. Thus, the bidder has violated a key element of future procurement contract, and the explanations in this regard are unfounded", writes the decision of the Public Procurement Agency related to challenging the tender of 15 February organized by the Mayoralty Ghelauza.

The mayor said that she was puzzled with the extremely exaggerated price against the estimative value of the project. "At the first tender, 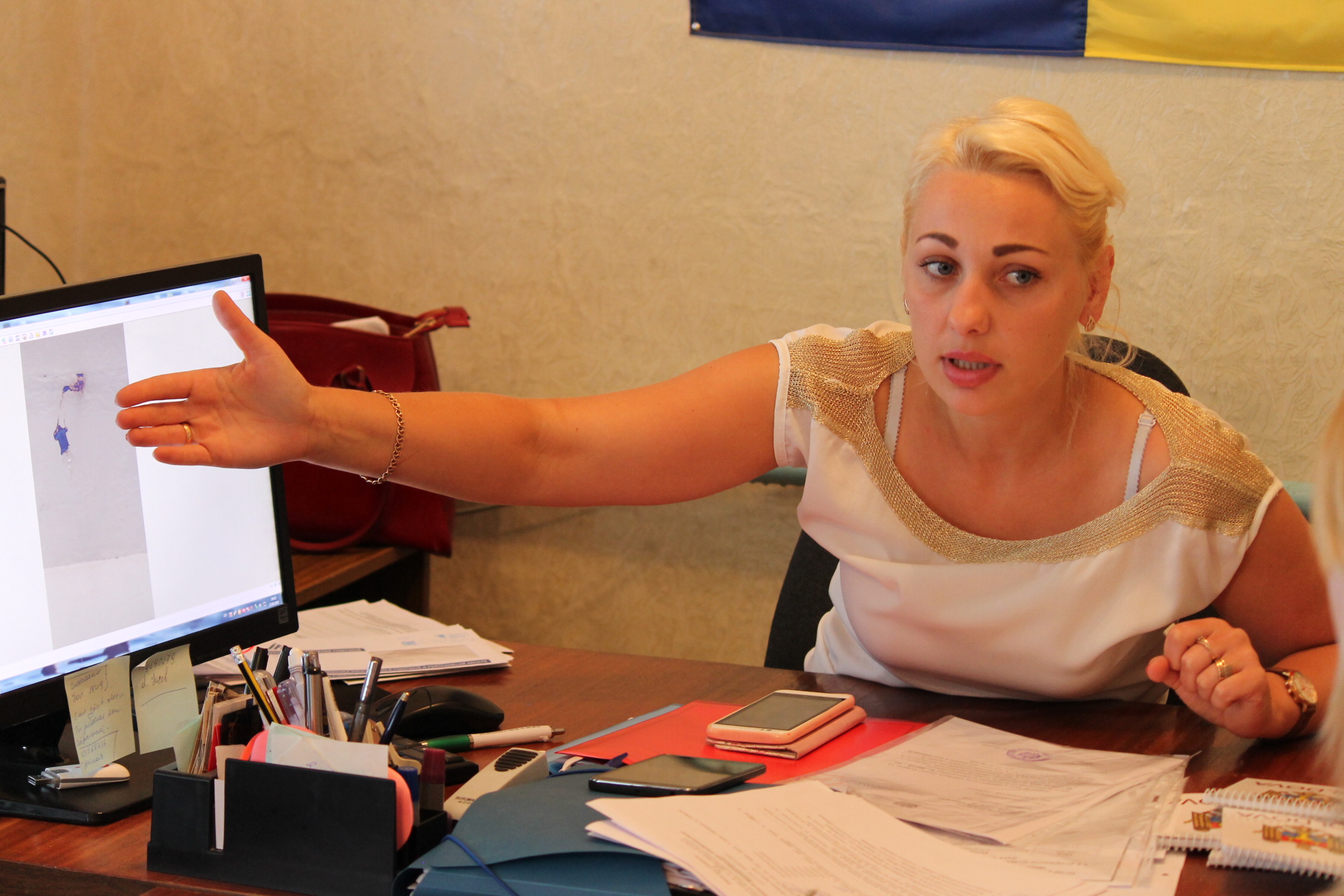 Darnic-Gaz filed an offer of four million lei, while the estimated value of the project is over 7 million without VAT.  Under the Law on Public Procurement, proposed cost may be lower by up to 15-20% of this value", says Nicoleta Malai.

The mayor said that she requested a letter of  prices’ justification, but did not receive it: "I examined the specifications and saw that the data  were erroneous. Certain categories of expenditures showed the sum of zero lei. It is impossible to pay 20 lei for one ton of sand, or 30 lei - the cost of a few tens of meters of digging. "

„I will challenge it until the law is respected”

Since then, S.A.„Darnic-Gaz” together with other discontented economic units challenged all four tenders for water supply. “First, we proposed the lowest price, but we were told that less than 15% was not OK... Do you want other prices?  When we do the estimates, we consider the material and the equipment we have, the salary and a 10-15% income, not 100%. If someone believes that firms must be those that propose high prices, then what is the use of public procurement law? ", says manager of the company.

He says that the second time, he did not propose a small price, as the specification changed, but it was disqualified again "Then, I asked for an explanation. About three companies have been disqualified. There are four companies with a lower price, but they were always faultfinding. "

He believes that his company is not accepted in projects funded by the state because it is not affiliated to a political party. „ And this does not happen just with this Mayoralty. The company with experience of 20 years on the market, 20 workers and pays officially all taxes, does not gain any tender. You do not have the right to work in our country now. Only companies affiliated to some parties, companies of MPs are accepted”, says Mereacre.

The economic unit says that the person who makes the estimate of costs for the contracting authority is responsible for this situation. He argues that once the mayoralty knows the prices of construction materials, it should agree when the party offers a more advantageous deal than that reported in the specification. "The specification is made by the Institute of Design and prices are high. I came with real prices at tender in February, 4 million instead of 8 million, so the state could have gained. But the mayor is guided by figures from the estimate of costs. Here is the problem. The law must be implemented to the benefit of state. It is not the Mayoralty’s fault. The latter has the prices and follows them. Our company works honestly, so we will challenge it until the law is respected", said director of the company.

The last tender for the aqueduct in Ghelauza village was held on August 5 but the decision was not taken.

Dissatisfied companies have contested the tender at the court. After the new law on public procurement was enforced, the Public Procurement Agency does not examine the claims of economic units. To this effect, a new entity will be established which the authorities promised to set in autumn. 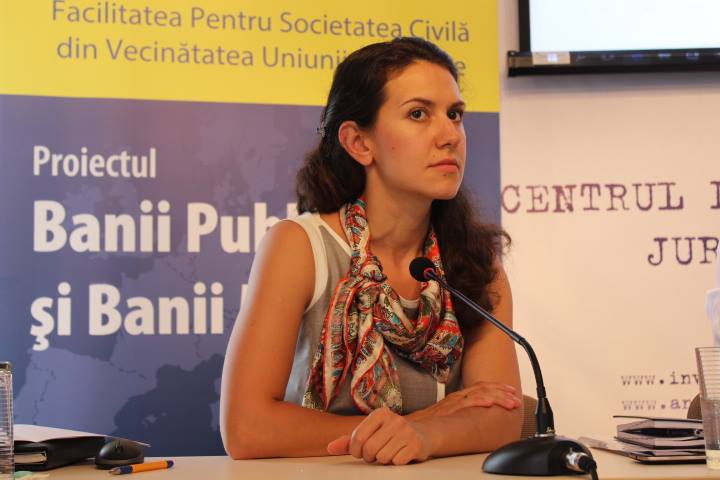 Olesea Stamate, president of the Association for Efficient and Responsible Governance (AGER) says that besides the problems caused by this case, an authority responsible for solving complaints lacks. "Agency  of Complaints Handling  (under any name in the new version of the law)  has not been set yet, because amendments on the new law on public procurement will be voted in second reading in the autumn session of Parliament. A solution could be that the Public Procurement Agency settles the appeals temporarily until the new authority is established. Companies are forced to settle their claims in court, where a case is examined a long period of time", writes the conclusion of the President of AGER.

The investigation was accomplished under the Campaign „Public Money Is My Money Too”, carried out by the Centre for Investigative Journalism (CIJM) and the Association for Efficient and Responsible Governance (AGER), within a project funded by the European Union and the National Endowment for Democracy.