Oleg Savva case // Ombudsman investigates the actions of the law enforcement following the notification of the journalist, verbally attacked by the Socialist MP

The Ombudsman started to investigate the actions of the law enforcement following the notification of the journalist Mariana Colun, reporter of the Center for Investigative Journalism. In December 2018, Mariana Colun was verbally attacked on a social network by socialist MP Oleg Savva. The latter was dissatisfied with the publication of a journalistic investigation targeting him. The Non-Discrimination Council found the discrimination of the journalist on professional status, gender and national origin, forcing the MP to apologize, but 3 months after the decision; both the Prosecutor's Office and the Police did not take action against the official.

Requested by the Anticoruptie.md portal, Svetlana Rusu, Head of the Investigation and Monitoring Division in the Office of the People`s Advocate said that the Ombudsman is currently investigating the actions taken by the law enforcement authorities on this case. "Immunity is reflected in exercising the mandate. The situation described seems to me to be a little different than exercising mandate. The Police Department did not even find the violation. They said that the incident falls under offence but they did not make the report. They did not start the offense. They are the official examiner in this case", said Svetlana Rusu.

Though, the Council for Preventing and Eliminating Discrimination and Ensuring Equality found that socialist MP Oleg Savva incited to discrimination in terms of gender, professional status and national origin when he verbally attacked on a social network the reporter of the Center for Investigative Journalism, Mariana Colun, and forced him to apologize publicly, the Chisinau Police Department found that the MP could not be sanctioned because he is granted parliamentary immunity.

In a reply to the journalist, Corneliu Groza, the head of the Chisinau Police Department, refers to the expertise of the Terminology Center and admits that the expressions used by Oleg Savva are injurious and harm the reporter's dignity and honor. However, he cannot be sanctioned. The Chief Commissioner refers to the law on the status of MP and qualifies the insults used by the MP as "political opinions".

"Under the provisions of the law on the statute of the MP, parliamentary immunity aims to protect the MP in Parliament against judicial proceedings and to guarantee his freedom of thought and action. The MP may not be persecuted or held liable in any way for political opinions or votes cast while exercising his mandate. Thus, in order to recover the moral damage caused, you should go to court", reads the reply of the Chisinau Police Department.

Some experts believe that granting parliamentary immunity to an MP who insults is questionable. "This is not a common situation and is not the only case when people with a public function - MP - insult publicly, being protected by parliamentary immunity. However, the Law on the Statute of the MP in Art. 10 clearly sets that the summons against an MP shall be addressed by the Prosecutor General to the President of the Parliament of the Republic of Moldova. Granting parliamentary immunity to an MP who insults is questionable, or, according to the Constitutional Court's reasoning set out in the judgment of January 20, 2015, Articles 1, 69 and 70 of the Constitution, the more 'cover' behavior is distant from the duties of the respective public office, the stronger the justification for the application of the benefit of immunity must be justified and, by extension, it becomes imperative to justify the refusal to lift parliamentary immunity. When immunity operates in such a way that individuals are protected by the criminal court, then the motivation to refuse immunity should be established clearly and convincingly. In the same context, we remind the judgment of Urechean and Pavlicenco versus Moldova, referring to the immunity of the president of the country, according to which the European Court of Human Rights has stated that immunity is not absolute in terms of opinions expressed, it extends only to the opinions expressed during the mandate. Granting immunity regulations without analyzing any conflict of interests confers blank immunity. The court ruled that the inviolability and blank immunity should be avoided", said lawyer Sergiu Bozianu.

Notified by the journalist, the General Prosecutor's Office avoided ruling on the issue of deliberate impediment of media activity or intimidation for criticism, provided for by Article 1801 Penal Code.

We remind that the MP Oleg Savva appeared to be unhappy with an article targeting him, naming the reporter "liar", "raff," and "illiterate girl." Savva also threatened the journalist with a trial and a physical harassment. "We can also attack! You should know that we will retaliate to any "attack" against the Socialists", the MP wrote on his Facebook page.

"Still you cannot calm down... I have already sent a prior request. ... give up, anyway no one will vote for your moral monsters. Read the article ... written by an illiterate girl. And not a single legislative initiative has been withdrawn by me. Liar!!!!! And you write that these initiatives also target the combatants in the transnistrian region. Explain to these veterans what you have against them", wrote Oleg Savva."You raff, lousy  journalists",  writes  the socialist MP about Mariana Colun and the journalist Vasile Năstase, host of "60 minutes" show  on Jurnal TV.

The verbal abuse of socialist MP Oleg Savva got worse. He reiterated that he did not deny his words. "Because of journalists like them, journalism is called the second oldest profession on earth. And we know that they are paid by the West and they continue to destroy this state, Republic of Moldova !!! ", wrote the MP in a Facebook post. The Socialist went ahead, by threatening the journalist with physical aggression. "We can also attack! You should know that we will retaliate to any "attack" against the Socialists", commented the MP." You will speak Romanian in your homeland, Romania", wrote Oleg Savva. 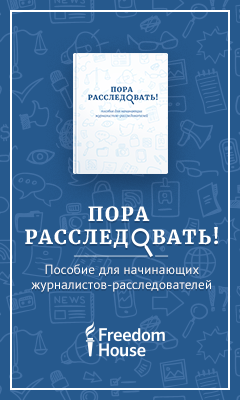