Freedom House about press freedom in Moldova: Concentration of ownership is a problem, and accessing public information is difficult 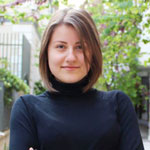 After the launch of the world  press freedom  Report 2015,  2 months ago, which concluded that the media in in our country remained partly free, Freedom House has recently published a detailed analysis that reveals the key developments that happened last year in the  journalism in Moldova.

“Despite ongoing attempts by civil society organizations to encourage improvements in legislation and policy, press freedom in Moldova remains constrained by partisanship and pressure from both the government and media owners.  Concentration of ownership is also a problem, and accessing public information is difficult”, say experts of the international organization who have been launching such reports since 1980.

Press in the hands of oligarchy, evident on paper

Among the relevant changes, in March 2015, the parliament passed amendments to the broadcasting code that, among other things, require radio and television companies to disclose the names and stakes of their owners and the names of board members, managers, broadcasters, and producers. Thus, we realized that most broadcasters of national radio and TV are in private hands, and in the top ranking is the controversial politician Plahotniuc who owns four TV channels and three radio stations which he hid behind some offshore companies for several years.

On the other hand, legislators introduced draft amendments to the existing broadcasting code and the Law on Freedom of Expression at the expense of journalists, but under the guise of noble purpose to stop propaganda and to protect Moldovan informational space.  It is about two bills promoted by Democrats and Liberal Democrat MPs and frequently challenged by the local media community.

“In a legal analysis of the proposed amendments, the Office of the Organization for Security and Co-operation in Europe (OSCE) Representative on Freedom of the Media warned that their vague language and content restrictions fell below international standards and could be used to limit journalistic freedom and encourage self-censorship. While not explicitly stated, the need to counter misinformation and propaganda from Russian state-controlled outlets appeared to be a major impetus for the proposals. The draft changes generated significant pushback from local media rights groups and had not been passed at year’s end”, writes the report.

In 2015, government agencies and many officials have made visible efforts to prevent media access to information of public interest, write people from Freedom House in their analysis. Rightly, several journalists from our country can confirm pressures. For example, the Center for Investigative Journalism in Moldova (CIJM) filed a lawsuit against the presidency for refusal to provide information about the recipients of state awards and about the executive’s rejection of judicial promotions. In April, a Chisinau court dismissed a claim of infringement of access to information lodged by the investigative newspaper Ziarul de Garda against the office of the prosecutor general; the paper initiated the suit over the office’s refusal to provide documents related to housing deals for prosecutors.

“In 2015, the National Center for Personal Data Protection made a number of moves to obstruct the processing of requests for information on the founders and owners of companies, citing vague concerns about privacy and the abuse of personal data. Amid resistance from the center, the Economic Council advanced an initiative to publish the names of founders of registered companies; the information was made freely available online in August. However, those seeking information about the founders of companies were required to pay a fee.in 2015, the costs to get this information doubled.”

Freedom House wrote about the Chisinau authorities who barred several journalists from Russian outlets from entering Moldova: “For example, correspondents from TV Zvezda were denied entry upon arrival at the Chisinau airport in April, and journalists from NTV and Rossiya 24 faced similar treatment in October. Moldovan officials usually cited concerns about security, propaganda, or the purpose of the journalists’ visits. On several occasions, journalists were assaulted by demonstrators while reporting at public gatherings".

The report's authors point out that, under an international agreement, Moldova committed to complete the transition to digital terrestrial television until mid-June 2015, which has not happened. That even if media NGOs have expressed concern numerous times about the lack of a clear strategy for transition to digital television. In July of the same year, Parliament extended the transition timetable by the end of 2017.  We will see whether or not officials keep their word.

P. S.  As for press freedom, Moldova ranked 119 last year, one position down to 2014, writes the analysis of Freedom House. Romania, Ukraine and Russia have advanced significantly in the rankings. It is worth mentioning that the data do not reveal a state of affairs itself, but they should be analyzed in comparison with data from past years.